Mackay's Citizen of the Year is a familiar face around the Seaforth community.

Charles (Charlie) Symons has tirelessly volunteered his time in many different capacities across a diverse range of groups for decades.

He was named Citizen of the Year at tonight’s 2020 Australia Day Awards at the Mackay Entertainment and Convention Centre (MECC).

2019 Sarina State High School leader Olivia Swindells is well-known in the Sarina area among her peers.

Although only young, she is an outstanding role model to many people through her involvement with the 131 Army Cadet Unit and Sarina Surf Lifesaving Club.

“Tonight’s ceremony, attended by about 440 people, is an event that makes you stop and appreciate all the wonderful community members who contribute to making the Mackay region one of the best places to live.”

More than 100 nominations were received for the eight award categories.

Citizen of the Year ­­– Charles Symons

Mackay’s 2019 Citizen of the Year, Charles (Charlie) Symons, is a long-time local who is always willing to lend a helping hand.

An avid music lover and collector, residents may be familiar with him during his time as a community radio announcer for 4CRM, where he was on the radio for about 16 years.

An executive committee member of the Mackay District Senior Citizens Association, he has been involved with the group for more than 17 years (since 2003).

While both of children completed their schooling at Mackay North State High School, he was actively involved – volunteering at the P&C cent sales, providing his services as a qualified electrician, and even using his own tractor with slasher to mow the oval.

His community involvement also includes his work as an elder of the Seaforth Uniting Church and his chaplaincy visits to both Mackay hospitals, along with being involved with the Mackay Country and Western Association, Lifeline Group and as a volunteer firefighter with the Habana Rural Fire Brigade.

Since being in this role he has provided invaluable support during events, such as Cyclone Debbie and the 2019 monsoon, providing vital information on the impacts of these natural disasters on his community and needs of residents.

In this capacity, Mr Symons also campaigned for a generator to be installed at Seaforth Community Hall, so this facility could be a safe-haven in the aftermath of a severe weather event by providing a recovery hub for residents for cooking and phone-charging facilities.

Mackay’s 2019 Young Citizen of the Year, Olivia Swindells, is considered by many in Sarina as a role model who makes a positive impact on those she meets.

Heavily involved in the Army Cadets, Olivia has spent most of her time in the 131 Army Cadet Unit Sarina, where she has held numerous ranks.

She was selected to attend the Brigade Annual Leaders Course for the North Queensland region in Townsville.

At the course, she received a highly regarded promotion to under officer with the posting National Cadet Adjutant. This posting is one of three national postings and, as such, is one of the highest positions that can be achieved in Cadets.

Miss Swindells is currently attending university in Townsville, having graduated from Sarina High School last year, where she was a school leader.

Many of those who know her describe her as bubbly, cheerful and always willing to help others.

Outside of Cadets, Miss Swindells was also heavily involved in the Sarina Surf Lifesaving Club and regularly volunteered in community fundraisers and events, such as Relay for Life, Anzac Day and Mackay Marina Run. 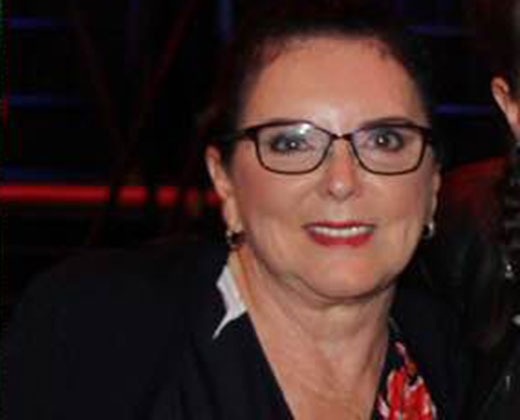 Kathryn Andrews is a full-time volunteer who works closely with people with disabilities to achieve their goals.

Her volunteer work helps put them on a path to reach those goals.

Ms Andrews is also chair of the Area Committee (Townsville – Sarina) and a national board member for the Endeavour Foundation.

As a carer herself, she goes above and beyond by using her own car to pick up and drop off clients to functions, events or sporting activities.

She provides support in assisting people with obtaining employment within the community.

Her support helps them expand on skills they already possess and learn additional skills and gain experience for personal growth and development.

Ms Andrews is also well-known for facilitating monthly discos for all organisations within the disability sector.

These social events allow carers and groups to come together with their clients in one-spot, to foster social interactions and strengthen bonds.

She truly does everything she can to make people’s lives with a disability in our community, extraordinary. 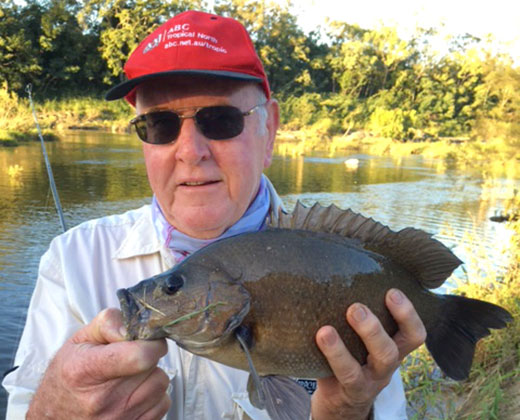 Keith Day is best-known as the visionary and driving force behind the establishment of fish stocking in the Mackay region.

He is the founding member of the Mackay Area Fish Stocking Association (MAFSA), which was started in 1994.

MAFSA is a volunteer organisation that has bred and grown barramundi and sooty grunter to be placed into the regions’ three impoundments at Eungella, Kinchant and Teemburra dams.

They are also placed in the Pioneer River, the Gooseponds and other local catchments.

Mr Day is proud of the work that’s gone into this volunteer group.

As he says: “It’s like everything you do for nothing, if you’re doing it for the common good – you get a kick out of it.”

He is an advocate for encouraging the participation of the young members of the community in fish stocking and in responsible fishing.

Through his vision and hard work, he has created an awareness in freshwater fishing and tourism in the Mackay region.

Fishing is one of the major tourist pursuits in Australia and with these three impoundments, the Mackay region is now regarded as perhaps the best fishing location in Australia for barramundi and sooty grunter.

Heavily involved in cultural activities at her school, she has been chosen to be the Drum Major for the school’s marching band, which will represent the Mackay region at this year’s Anzac Day March in Brisbane.

Last year, she was awarded the prestigious accolade of Queensland’s Theatre Young Playwrights’ Award – one of Australia’s longest running annual playwriting competitions for young writers.As part of winning the award, she was invited to a workshop, as well as having her self-written play professionally read.

Locally, she has performed in various musicals with the Mackay Musical Comedy Players and Red Giraffe Theatre. She was also one of the MECC’s Youth Ambassadors in 2019 and has volunteered at countless MECC events.

Mackay Hockey Association is a community group filled with people who volunteer their time, energy and skills to help this club thrive and the sport grow.

A member of Central Queensland Hockey Association, the Mackay association has a proud history of representative honours with many players selected in Queensland and Australian teams.

Last year, the group had a vision to be more inclusive to the wider community by developing the program “Differently Abled Hockey”.  This free six-week program supported people with disabilities and offered them the opportunity to play hockey and feel a part of a team.

Thanks to the generosity of local businesses as well as volunteers within the group, this program was an outstanding success. Each session allowed participants to have fun, make friends and learn new skills, all while getting active and playing a sport. 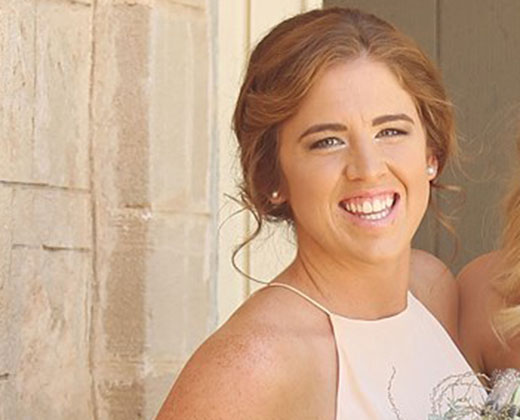 Senior Sports Award winner Emma Forster is a humble, quiet and hardworking member of our community.

A huge contributor to young people, she has an invested interest in health, fitness and wellbeing of all ages and ability.

Along with providing support, guidance and being a fantastic role model for the younger generation, Forster chips away at her own dreams and goals.

2017 saw Forster make a change in her personal life and set her sights on completing her first half ironman Triathlon (1.9km swim, 90km ride and 21.1km run) in Cairns – where she fell in love with the sport.

She then set her sights on competing in a full ironman the following year (3.8km swim, 180km ride and 42.2km), as well as qualifying for the World Championships in Nice, France for 2019.

With grit and determination, she trained and gained her age group qualifying slot at the World Championships after racing in Taupo, New Zealand.

Despite struggling with an injury, through her determination, she travelled to the other side of the world and raced alongside the world’s best triathletes on one of the world’s toughest courses.

2019 was a year of achievements for Cooper, winning gold in the Men’s Singles and gold in the Mixed Pairs at the Multi-disability Queensland State Championships.

He also attended two under 23s Australian camps for basketball, where he played in the Australian under 23 Squad and in the Annual Spinners and Annual Slam Down Under competitions.

He made his debut for the Red Dust Heller National League team for wheelchair basketball, playing 18 games for his first season, averaging 30 minutes a game.

And, he was chosen as a finalist for the 2019 North Queensland Sportstar Awards – athlete with a disability award.

Described as a humble person with a wonderful attitude by his peers, his determination and dedication to practice and improve, his concentration and his great sportsmanship in a team or as an individual makes him a shining example of what can be achieved in any sport.