Council wish to clear up any confusion surrounding the recent water bill notices.

There was no increase in water charges in the last billing period.

The billing period was September 2019 to March 2020, which included the driest time of year for our region.

According to the Bureau of Meteorology Mackay Alert Rainfall Station, we had the lowest rainfall for the last 20 years for the period from September 1, 2019, to December 25, 2019.

In August we had 4mm of rain, 0mm in September, 9mm in October, 0mm in November and 14mm of rain fell up until December 25.

This shows that water usage, especially outdoor usage, was very high for the September to December period. Council did a number of reminders to residents to watch the flow of their outdoor water use during this period. Some streets in Marian used four times more than the daily average.

Residents can keep a close eye on their water usage via council’s free myh2o.qld.gov.au website.

You can see how much water you’re using each day and how much it’s costing you.  This will help you avoid large water bills.

Due to the confusion around the billing period, council will be amending the layout of their water bill notices to make it easier for residents to read and understand their billing period. 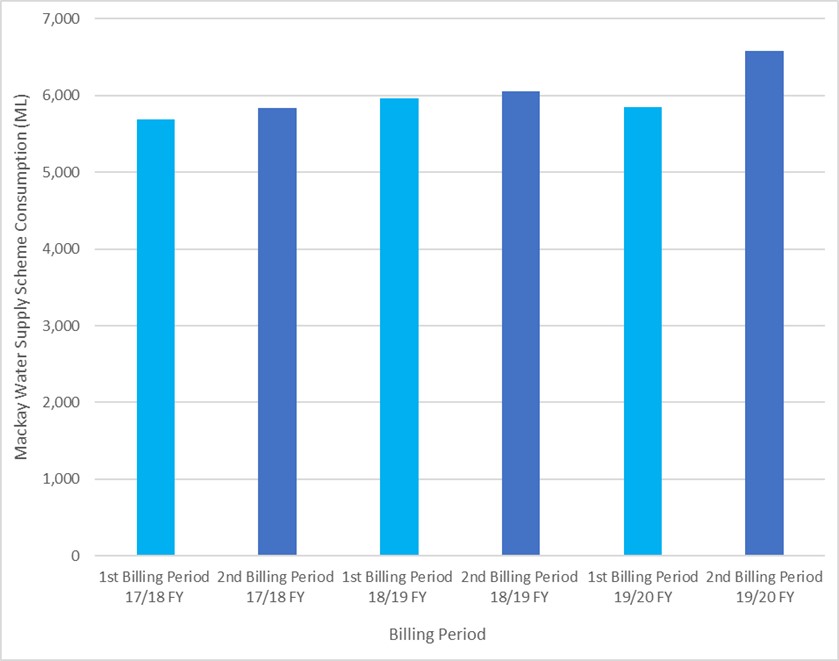 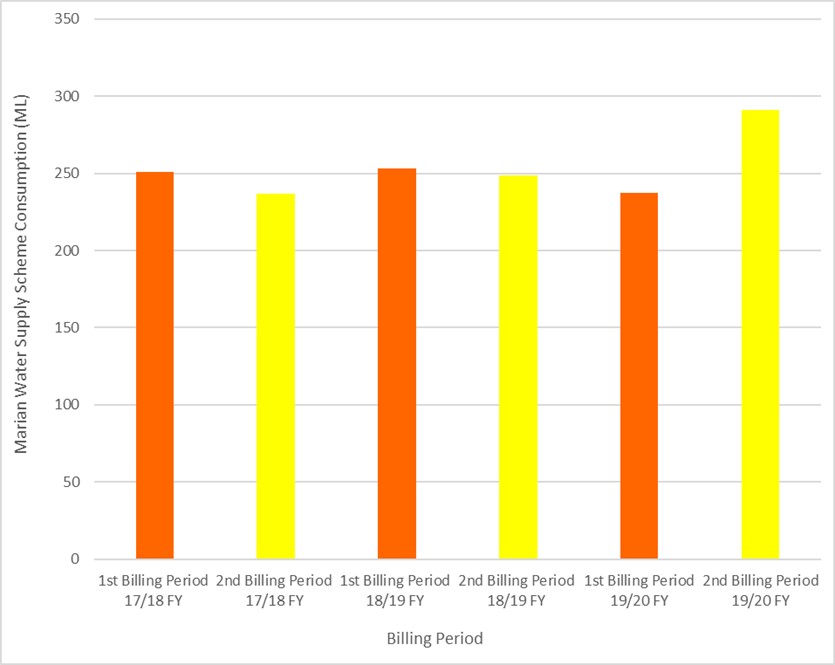