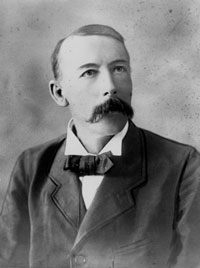 Mackay was proclaimed a municipality on September 22, 1869. The first meeting of the Mackay Municipal Council was held in the Court House (North Street) on December 1, 1869.

In 1903, Mackay became a town, under the Mayoralty of C.P. Ready. On August 17, 1918, the Mackay Town Council became the Mackay City Council.

The Pioneer Divisional Board was proclaimed on 11 November 1879 and met for the first time on March 9, 1880 in the Mackay School of Arts, Wood Street.

Under the 1902 Local Authorities Act the Pioneer Divisional Board was abolished and its functions were transferred to Pioneer Shire Council which came into being on April 1, 1903. On April 8, 1994, Pioneer Shire was abolished to create a new area of the city of Mackay.

Pioneer Shire Clerk, Mr. Fred Clark acted as Shire Clerk until the appointment of Mr. George Morley. Discussions between the Pioneer and Mirani Shire Councils were being held from February 1914 and by June 1914, the Mirani Shire Council was meeting independently. In October 1915, the council met for the first time in the Oddfellows Hall (Shire Hall), Mirani.