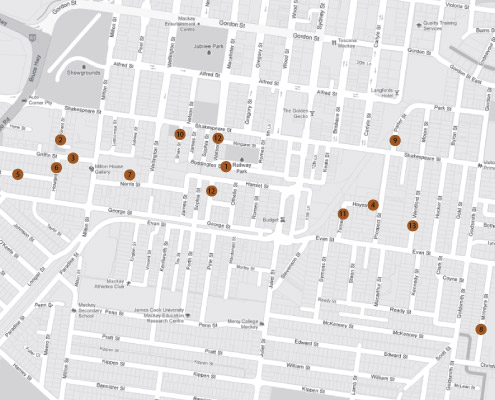 The information contained on this page has been provided to Mackay Regional Council thanks to research conducted by the Mackay North State High School “Lest We Forget” project and local researcher Basil Graham.

While we endeavour to keep the information up to date and as accurate as possible, we make no representations or warranties of any kind, express or implied, that the information contained on the page is complete, current, and/or free from error.

This information and project is a work in progress based on information from various war memorial databases and national archives. Through this website you are able to link to other websites which are not under the control of council. We have no control over the nature, content and availability of those sites.

The inclusion of any links does not necessarily imply a recommendation or endorse the views expressed within them.