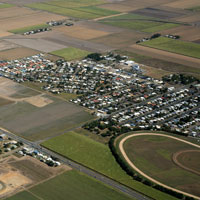 Once called Planlands, the suburb of Ooralea took its original name from a train station that used to be located here. Mackay's locals still refer to it by its old name, but on maps you'll see that it's noted as Ooralea.

The last remaining land bank to the south of the Pioneer River, the cane farms surrounding Ooralea represent Mackay's ability to further expand. Already, new development has occurred in streets west of the racecourse and additional land releases are taking place.

Sitting at the outer fringe of the City, this area is just five minutes from Mackay's CBD. It's the last major suburb on the road to Walkerston and this makes the area highly attractive to many families.