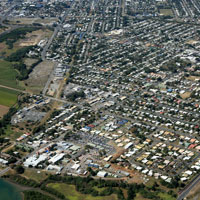 Home to Mackay's beautiful Botanic Gardens, West Mackay is a suburb featuring many gracious homes. Well-established and popular with residents as well as investors, it lies close to the City centre, between the Pioneer River and Paradise St.

Busy Nebo Rd slices through West Mackay's centre and is where many of the city's motels are located. Turn off Nebo Road though and, despite its central location, the suburb's residential streets are remarkably peaceful.

West Mackay was one of the earliest suburbs to be developed and as such, a fair number of traditional Queenslander homes can be found here and many have been tastefully renovated.