Trees to be removed at Queens Park

The trees being removed have either been condemned by arborists due to safety concerns, are self-sown common species, or form part of the Queens Park Revitalisation project.

The trees that have been condemned suffer from a variety of health-related issues, including bracket fungi, storm damage and structural faults, among others.

Council is also looking into the opportunity to replace some of the common self-sown tree species with more unique varieties that have a better fit with the history of the park and the Queens Park Revitalisation project.

Some of the key features and facilities identified during consultation, and being incorporated into the masterplan, include renovating the existing cricket change rooms to cater for multipurpose community uses, the addition of public toilets near the new adventure playground, improved car parking facilities and protection and enhancement of the historical Arboretum and Palmetum.

Works associated with the $8.8 million Queens Park Revitalisation project are funded by the Queensland Government’s Queensland Reconstruction Authority (QRA) and this is the first project being delivered as part of Mackay’s Waterfront priority development area.

Public access to Queens Park will be restricted and the gates will be closed during the tree removal works. The public are asked to keep clear of the work area for safety reasons.

Tree removals are expected to be complete by the end of March, weather permitting.

Council apologises for any inconvenience caused. 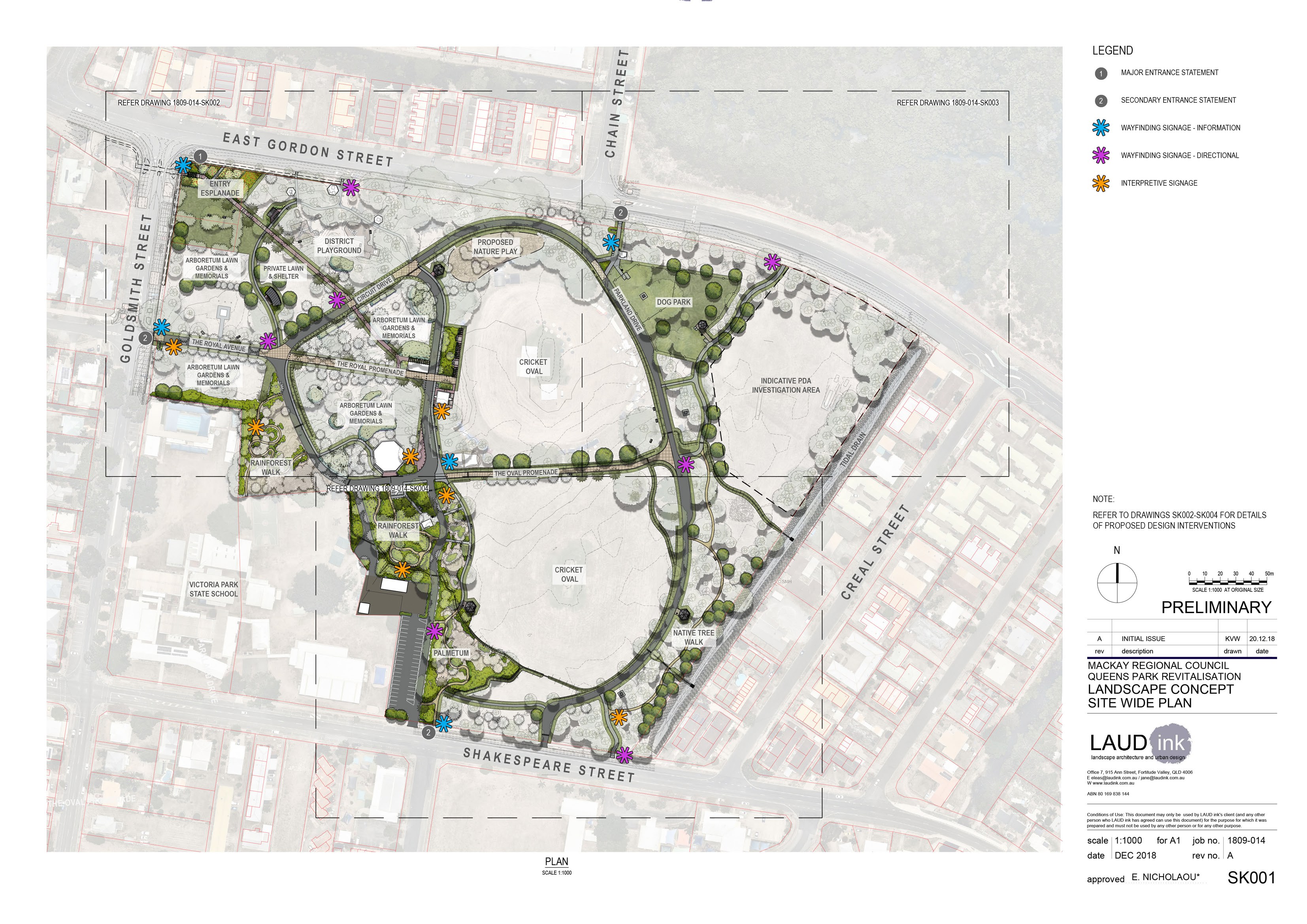