There is strong community support for council’s new Vision: To become the best region for liveability and livelihood.

Community satisfaction with council facilities and services is also pleasing, with eight of 25 recording high average satisfaction rates (above 7.5).

These are some of the key findings of a Community Attitudes Survey undertaken by Taverner Research Group (formerly IRIS research) on behalf of council.

Council used the phone poll of 402 residents to conduct community consultation to assist with the drafting of its new Corporate Plan.

But it also included satisfaction ratings for council services and facilities, which can be benchmarked against previous surveys in 2018, 2014 and 2009.

He said it also provided good feedback on council facilities and services, including those that were performing well and others that needed more attention.

“One of the interesting things to come out of the survey was that only 46 per cent of residents were aware that ratepayer money was used to attract major events for the region, such as NRL games, concerts and conferences.

“However, a follow-up question showed 72 per cent supported this use of money, with support of 80 per cent among those already aware of this use of rates.”

Mayor Williamson said another interesting outcome was that half of residents agreed council should become a carbon-neutral organisation, with only 25 per cent disagreeing.

“But when the question was repeated with the addition of ‘even if it increases costs for ratepayers’, support dropped to 30 per cent and disagreement jumped to 52 per cent.”

The survey showed residents were most satisfied with:

There were statistically significant decreases in average satisfaction with only three services since 2018:

The only service council underperformed relative to comparable Queensland councils was the delivery of maintenance of sealed roads. 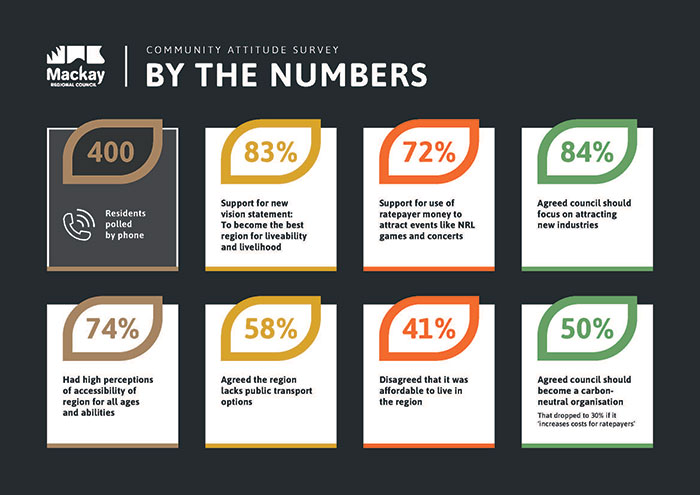 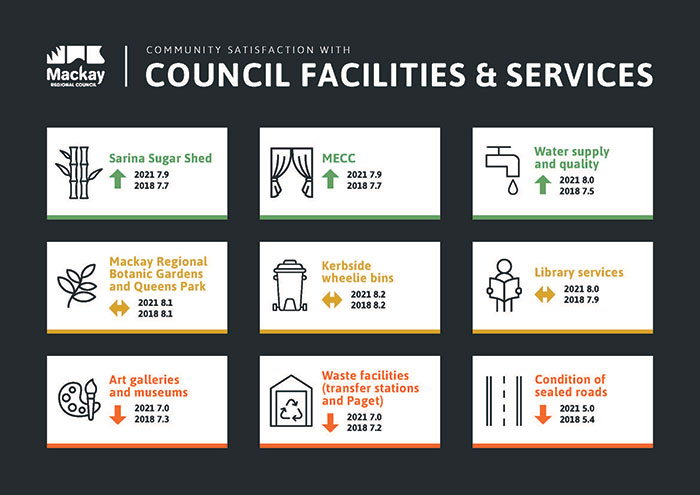